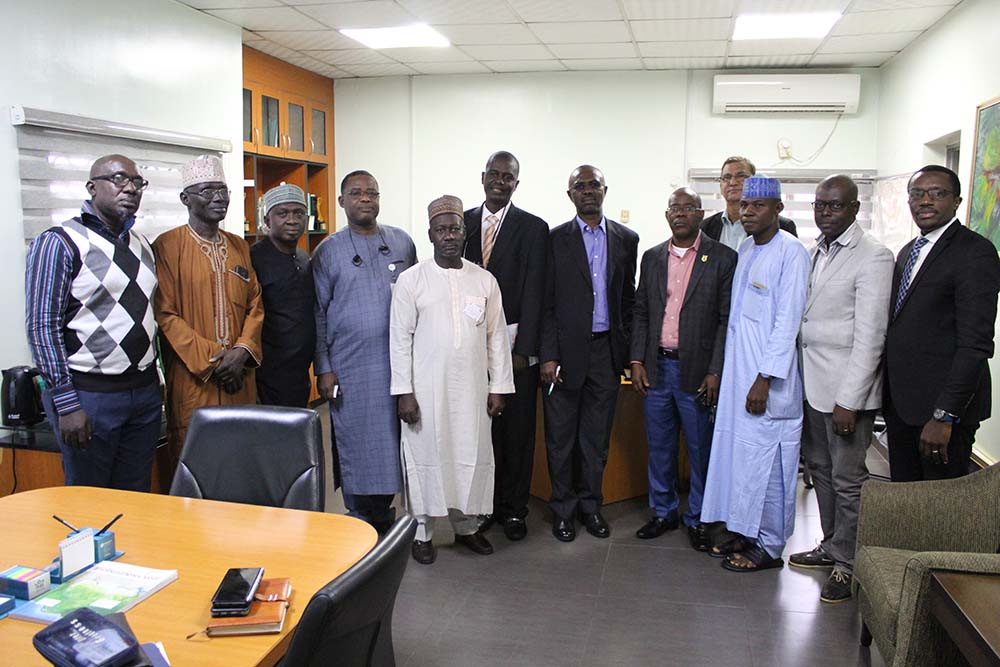 Prof. Akinwunmi commenced the engagement by outlining areas where the University felt there could be mutual benefits for GBB and Nassarawa State University. In his words; ‘We believe through collaboration between GBB and Nassarawa State University in areas of broadband connectivity, capacity building and cybersecurity, both organizations would clearly show the sort of relationship that should exist between the academia and business’. He noted that the Galaxy Backbone national fibre roll out across the country has seen optical fibre pass through Nassarawa State, specifically right in front of the University, hence the need to explore this opportunity to improve the huge Internet connectivity challenges that has lingered on within the institution for many years. The DVC also noted that the digital services being offered by Galaxy Backbone will greatly enhance post-graduate studies which, according to Prof. Akinwunmi, is ranked second in the country, only after the University of Ibadan.

In responding to the visiting delegation, Galaxy Backbone MD/CEO, Yusuf Kazaure, commended the University for the giant strides it has made in educational development in the country especially in the area of post graduate studies. He noted that a good number of prominent public and private professionals are proud products of Nassarawa State University. He went on to express one of GBB’s mission as regards education in Nigeria; ‘We have a clear objective in Galaxy Backbone to make a difference through digital services in the educational system in Nigeria.’ According to Mr. Kazaure, ‘GBB prides itself as a learning organization as we place a lot of efforts in training our people and facilitating the training of our customers and stakeholders’. He stated that GBB will be glad to collaborate with the University in areas that speak to capacity building and cybersecurity. Cybersecurity for Galaxy Backbone is at the core of its operations because of the sensitive nature of the work being carried out for government establishments. Mr. Kazaure laid emphasis on this stating that ‘keeping government data secure is what keeps me up at night’.

Galaxy Backbone is prepared to extend its national fibre broadband connectivity services to the University. He promised that it will be one of the first educational institutions to benefit from the first phase of the National Information Communications Technology Infrastructure Backbone(NICTIB) project. In addition, Mr. Kazaure promised to extend off-peak internet access to the institution so that students and lecturers can use it for studies and research.

Data Sovereignty was also a critical part of the discussions that came up during this visit. Dr. Uche Mbanaso, the Director for the Cyberspace Studies at the University explained that hosting data in country is one of the things he continues to champion since his days in public service. According to him, ‘ I believe all government data must be hosted in-country, specifically within Galaxy Backbone data center.

Galaxy Backbone is the only corporate organization 100% owned by the federal government with an Uptime Institute tier III certified data center.

The DVC and his team were thereafter taken on a tour of the National Shared Services Center (NSSC) which houses the Galaxy Backbone data center and network operations center. The delegates were pleased with what they say, including the Telepresence and Video Conferencing facility within the premises.

In concluding the visit, GBB’s CEO set up a team of executives to liaise with the team from Nassarawa State University to handle the far reaching agreements during the visit.