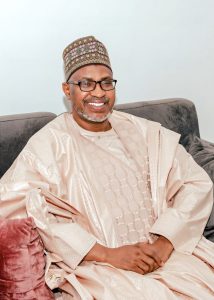 Before Galaxy Backbone (GBB) commenced operations in 2006, ministries, departments and agencies (MDAs) were operating in silos with little or no impactful digital services observed. There were no common systems or platforms that enabled these government establishments relate with one another in a seamless way. There was also a lot of file carrying from one department of government to the other.

A critical review of where most of these MDAs were in 2006, in comparison to where a good number of them are now, will reveal a great deal of improvements. Have these MDAs been fully digitized? Not completely, because governments not just in Nigeria, but across the world is a huge enterprise where innovations take time to become standard practice. But there is no question that significant progress has been made in Nigeria’s digitization process. And the organization that has relentlessly worked behind the scenes, in most cases without making so much noise, but deliberately moving government to adopt what you may call e-government or digital processes, is Galaxy Backbone.

Recall that just about a year or two ago, during the peak of the COVID-19 pandemic, it was assumed in a lot of quarters that, with the lock down, government processes would be brought to a halt and  the nation’s activities ground to a halt. But we all know the story of resilience of government, even at the highest levels, sitting from different parts of the country for Federal Executive Council meetings or National Council of States meetings across the length and breadth —  north, south, east or west —  able to connect, talk to one another and get the business of government going. If there was no Galaxy Backbone at that time; if the people, processes and technology of GBB were not in full operations at that time, you wonder what could have happened to this nation.

Continuity was made possible through the infrastructure run by GBB, which infrastructure was effectively deployed by the right mix of technical personnel under an informed leadership, which galvanized a workforce down to the least person that came together to ensure everything worked smoothly. That is classic e-government in play, as it is practiced across the globe..

One of the core mandates of Galaxy Backbone is “to be the provider of shared ICT infrastructure, applications and services to all federal government MDAs and institutions across the country”. What this, in simple terms, means is that GBB is supposed to build and manage government data centres, provide email and IP telephony platforms under a common platform that enables public officials function from whatever part of the country they find themselves in.

To date, Galaxy Backbone has provided over 40,000 email boxes and provided thousands of IP and video telephony devices to MDA officials across the country. A number of these MDAs that were interviewed attested to the fact that they can now connect with their counterparts across the different parts of the country, because of the services being provided by Galaxy Backbone. With this platform, digital services which drive e-governance in the public domain are put into full swing.

As part of the organisation’s responsibility to expand broadband penetration across the country, Galaxy Backbone have, in the last four to five years, installed  fibre optic cables cutting across over 17 states in the country. Fibre cables are the fastest mode of internet connectivity, which is the platform to drive e-government initiatives and services. These facilities have  been deployed by GBB across these states. The goal is to connect the 36 states of the country via fibre through the National Information Communication Technology Infrastructure Backbone (NICTIB), project at its second phase at the moment.

A significant part of the NICTIB project is the building of world class data centres and network operation centres across the six geo-political zones of the country to support the digital transformation process of the nation.

I recently paid a visit to the Tier III Datacentre and Network Operations Centre of GBB situated at its National Shared Services Centre (NSSC), and my admiration of the level of technology deployed and the expertise within that infrastructure inspired a renewed level of hope for the e-government story of our nation. In the next couple of months, more state of the art data centres will be commissioned to support the data and digital inclusion drive of this organization.

One of the areas the President Muhammadu Buhari administration has recorded some commendable growth has been  the enhancement of Nigeria’s digital economy, which continues to be executed under the visionary leadership of the Honourable Minister of Communications and Digital Economy, Professor Isa Ali Ibrahim Pantami.

A number of government establishments now have, through the support and infrastructure Galaxy Backbone, provided, been able to create platforms that enable them to increase their revenue generation, contribute to the economic prosperity of the country and enhance the standard of living of the people. Through some of these platforms, citizens from across the country transact with the government in a transparent and efficient manner.

GBB was created for the benefit of public institutions and in fact other private sector establishments that would like to take advantage of its huge infrastructure across the nation. That is why, apart from growing its coverage of public institutions beyond the four walls of the Federal Capital Territory — now at over 5000 institutions across a number of states — the organization has in the last two years under the leadership of its Managing Director/Chief Executive, Professor Muhammad Bello Abubakar, given a renewed focus to the regional operations of the organization like never before. This is clearly because of his belief that Galaxy Backbone’s success is not restricted to a particular location, but across the 36 states of the country in the short to medium term.

And for him, in the long term, Galaxy Backbone would provide similar operations across other countries within Sub-Saharan Africa.

Today in Galaxy Backbone, Professor Abubakar has appointed a General Manager who is the Group Head Regional operations to lead a team of experienced professionals to manage the infrastructural deployment and business operations that would ensure that organisations across the country enjoy, at the same level, the full benefits of the Galaxy Backbone digital services infrastructure. Since this has been done, more and more public institutions are getting connected to the platform meant to improve their digital services operations.

To achieve the objective of enhancing government-to-government and government-to-citizens operations in the midst of prevalent challenges, GBB consistently engages MDAs and encourage  them to  fully adopt e-government platforms in their offices. The current leadership in Galaxy Backbone has taken it as its responsibility to continue to lead the conversation and drive aimed at encouraging the adoption of digital services across MDAs.

As GBB strives to improve the digital experience of its infrastructure, it is also the responsibility of leadership in some of these establishments to engage its people in this same light so that the support Galaxy Backbone is providing is felt in more and more areas across the country.

This article was written by Patrick Bruce, a writer on emerging technologies based in London.