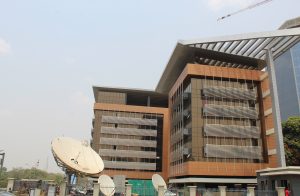 Lee Kuan Yew, that extraordinary nation builder who, within just a span of 30 years (1970-1990), transformed Singapore from a lowly third world nation to a competitive economic status,  recalled a policy he announced in his country in 1983 in his book aptly titled From Third World to First. The former Prime Minister of Singapore said  at a national day rally before all the cameras and reporters that “it was stupid for our graduate men to choose less-educated and less-intelligent wives if they want their children to do as well as they had done”. The policy pronouncement, expectedly, stirred a hornet’s nest and was cynically tagged the “Great Marriage Debate” by the country’s press. But this was a desperate measure taken to tackle a desperate situation — Singapore’s best women were not reproducing themselves because men who were their educational equals did not want to marry them. This shock therapy was the path Lee Kuan Yew took to give truth to the fact that talent is a country’s most precious asset.

In our world of 21st Century, the new truism is digital infrastructure is a country’s most precious asset. This is the prism through which we should look at and appreciate the developmental role of Nigeria’s Galaxy Backbone (GBB) agency. Galaxy Backbone is Nigeria’s digital infrastructure and shared services provider. It is an agency of the Federal Ministry of Communications and Digital Economy. The creation of Galaxy backbone was meant to help government properly manage its IT operations and  advance the ministries, departments and agencies (MDAs) towards becoming a fully digitized government.

In the last decade, the progress that has been made in digitization could only have been possible because of this decision by government to centralize its IT operations and empower Galaxy Backbone to perform its functions for the nation.

Today, Galaxy Backbone has positioned its digital Infrastructure platform to enable private businesses and government establishments alike power their operations  real-time and on demand. A visit to its National Shared Services Centre (NSSC) of the agency will convince one even more. A seven-story twin building which sits beautifully at Central Business District area of the nation’s Federal Capital Territory, is a sight to behold. One of the impressions one would come out with after a tour of that facility  interaction with its  teams of the Datacentre, Cloud and Network Management experts is that of elation that such a world class and secure platform actually exists in the country.

The Information technology space is huge. The interesting thing about this industry locally and globally is its fast pace of evolution and transformation. As customer requirements expand, the potential and possibilities of this industry that now powers all industries expand too. As an organization that is aware of the reality that it cannot be everything or all things to its numerous customers and stakeholders, Galaxy Backbone (GBB) has chosen to focus on one area that can help create the platform for other local ICT companies, Original Equipment Manufacturers and organizations from the private and public sector dealing with a lot of data.

This is why  GBB is oftentimes described as the digital infrastructure organization, in that it is providing the hosting and colocation platform for software/applications and hardware services organizations to leverage on. That is why its Managing Director/Chief Executive, Professor Muhammad Bello Abubakar, consistently reminds organizations in the private sector that Galaxy Backbone does not intend to compete with them. Rather, its major objective is to partner with them so that they can serve their customers better.

Mr. Yew says in his book that “after several years in government, I realized that the more talented people I had as ministers, administrators, and professionals, the more effective my policies were, and the better the results”. The same is true of GBB where Muhammad Bello Abubakar, a professor of Petroleum Geosciences with over two decades of working experience spanning academia, oil and gas exploration research, development and innovation institutions, is at the helms.  This veritable strategic thinker with strong leadership and management skills  has an impressive record from his exposure to global best practices in the field of energy. Little wonder that GBB is spectacularly doing well in providing the services needed by her clients. Today, GBB manages some of the nation’s most critical infrastructure. Its Tier III Datacentre, which is certified by the Uptime global institute, the network Monitoring and Management Centre and its Security Operations Centre.

These Infrastructures help the government manage its digital transformation journey seamlessly while providing the base for effective and reliable security in the digital space. Because it operates mostly from the background, Galaxy Backbone has successfully managed these infrastructures with only very few citizens being unaware of the strategic role the organization plays in national development. It is no news that Galaxy Backbone’s major clients for years have been MDAs. This role GBB plays in ensuring digital Infrastructure services are well provided to government institutions is one task the organization takes with utmost seriousness.

GBB continues to strive to deliver effectively on the mandate the government, in its wisdom, has saddled it with, despite challenges, setbacks and some misconceptions about its limitations by public.

In the last two to three years, one area the organization, under the leadership of Professor Abubakar, has endeavoured to engrave a positive impression in the minds of its customers and stakeholders is How, through his leadership, unnecessary excesses have been eliminated, processes enhanced and a much more engaging internal organizational structure set up to ensure the operations of the organization is well felt by its customers.

Now, because of Galaxy Backbone’s role in IT operations and services to MDAs, it is often easy to attribute all the challenges experienced by the organizations to Galaxy Backbone. But the reality is that public sector organizations are not compelled to use GBB’s services, but rather advised to take on the services of GBB in order to maintain a high level of professionalism and effectiveness, which to a very large extent helps in maintaining the ‘spirit of one government’. So, as GBB’s major focus is on providing and ensuring the platform is up and running all the time. It is important to note that it does not handle all the (front end) operations of all MDAs. Some IT operations are managed by some MDAs because that is what they have requested, while others are managed directly by GBB (from the back end, mostly). However, because GBB is committed to ensuring all of government’s digital operations are working effectively, it does not hesitate to go out of its way to support MDAs when called upon and this has happened on numerous occasions and at all times, and as Solutions providers, GBB has come in to resolve the IT challenges at government sites.

As the nation and indeed the world continues to embrace digital economy and hybrid work, the huge importance of digital Infrastructures will become clearer and organizations across the public and private sectors will continue to realize the huge importance and role GBB plays in the nation’s development.

It is important to remember that just at the height of the COVID-19 pandemic, when it seemed like all government operations was put on hold, GBB played a significant role in ensuring that government continued to perform adequately and effectively.

From the talents assembled at the GBB from head to the various technical and indeed administrative teams, it is safe to hope that GBB is ready to lead Nigeria into becoming one of the most progressive digital economies in Africa. Even Lee Kuan Yew will concur with this.

Bello contributed this piece from Abuja